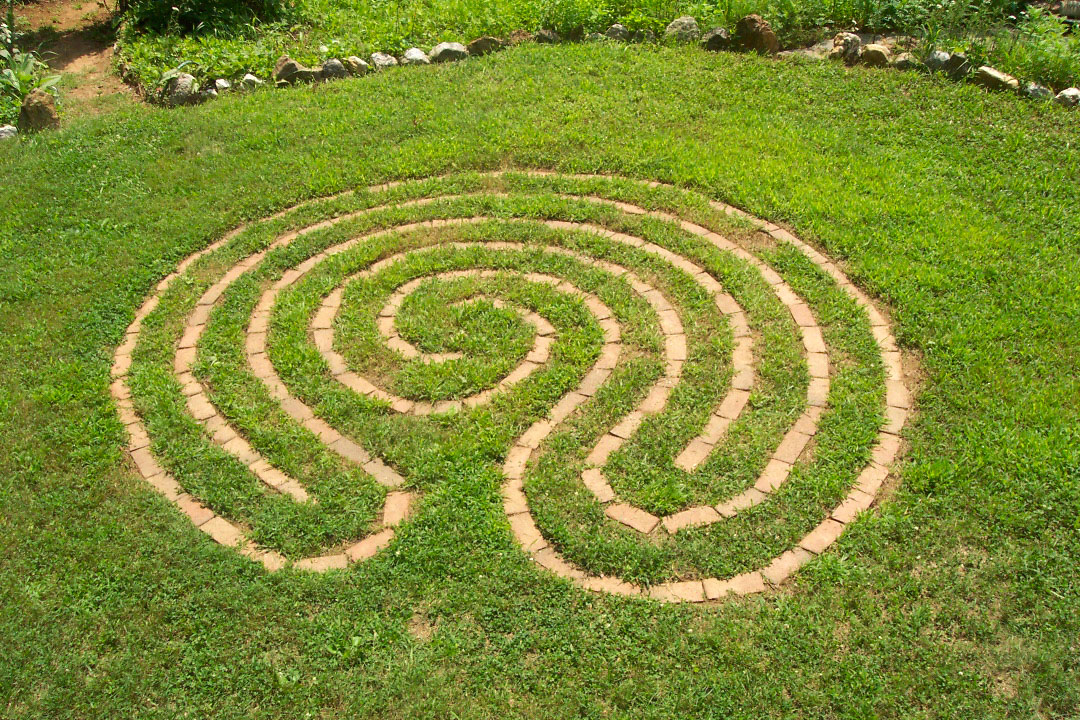 It’s a very EAT PRAY LOVE concept to go on a silent retreat. A few days, up to two weeks of living a communal life of yoga, meditation, service, knowledge and awareness.
Why do people wish to be staying together with strangers? Sharing rooms, toilet and shower facilities, meals and a meditation space, as well as free time in nature, but in silence…

The opportunity arose for me to do an advanced meditation course only just over two months after I had done my first ever meditation programme through the Art of Living. A new community I’m becoming a part of. A community of spreading love and growing in awareness and accessing a deeper connection.

So there I went, throwing myself into yet another ‘I have no idea what this is going to be like but I want to do it so badly’ experience.

Three months prior – the guy I was hoping to be falling for and vice versa – disappointed me massively.

Since our brief (but what I thought to be ever-so-true 8 day Cape Town/Durban) encounter turned into long distance contact (or disconnect, however you prefer to see it) – Followed by an impromptu 2 weeks of loved-up (in hindsight lust-up and ultimately fucked up) bliss in Berlin – which then came to a grinding halt a month later in London, the name… his name… short and not so sweet – Ben – has been everywhere.

And it didn’t halt in silence either,…

Let’s brush over the fact that he decided to message me, after 4 months of nothing, the day before my mind was supposed to go into a space of calm and quiet.
No, says Universe. Not a chance!
The thing is, I realise this is exactly what was supposed to happen. It wasn’t meant to be calm and quiet from the get go, silence is POWERFUL but not necessarily peaceful.

Of course, the cutest guy on the course would have that same name. And of course, as per Art Of Living ‘welcoming protocol’ we should hug and express an equilimity of spirit by telling our fellow participants, face to face, “I BELONG TO YOU”. I found this irony humorous at first, I could see the Universe giggling down on me and I humoured it with the biggest and falsest smile I could muster “I BELONG TO YOU BEN !!”

My sense of humour took a back seat when on day two (an already mentally and physically challenging day, no eye contact, long and tedious meditation processes) we were told to shift our yoga mats and meditation spots and I found THIS-BEN sitting in front of me, and unlike anyone else in the room, he stuck his name tag onto the back of his chair.
I reassured myself that it was just another more than subtle test from the Universe and that soon I’d be closing my eyes for meditation. Blocking it out. Going internal. 😑

A few minutes later our session began, and the Guru shared with us what we’d be embarking on in this practice.
An “Open-eye Meditation”: staring straight ahead. Straight at the name.😟
Not-so subliminal messaging anymore.
I cried and cried. I sobbed. I thought I’d have to remove myself before the cries became audible. I thought I was heading deep into a dark hole of convulsions that I’d never be able to claw myself out of. The anger. The frustration. The utter desperation of just not being able to escape this presence latched on stronger than it ever had before.😰

Even when I got back home after my three months away and returned to my job where the one and only new teacher was, you guessed it, named Ben. With his locker being located directly above mine. I hated it then and I was despising it now.

It was just too blatant to be ‘coincidence’ and simply too much for my heart to bear. But I kept breathing.

I kept breathing.
And then, all of a sudden, without warning and almost over-dramatically it let go. It let go. It felt like it got sucked out the top of my head, with the type of resistance you’d see with a plunger until it finally releases.

And I was free.

I can’t remember if I felt that then ~ I guess I didn’t know that the resistance to the name had left me for good and finally I had a new, beautifully spiritual Ben to associate these triggers with.

By the final day, during our nature time, I found a labyrinth in the garden which I stood on the outskirts of.
The instructions where pretty straight forward.
Set an intention.
Be present for the six minute walk.
Have no expectations. (Well, that takes the pressure off.)
To this day, I can’t recall exactly what the intention was that I set. I seem to remember it had something to do with forgiveness. A forgiveness I was struggling to find within. But what I do remember is wanting to press record on the inner dialogue (more like inner battle) going on inside my head for about 5 minutes until this clarity set in, an answer, a sense of peace and understanding that may seem simple now but was monstrous then.

At that moment I glanced up slightly. I saw that I was only a few paces from the centre. “No ways,…” I nodded my head and smiled to myself with the knowing that all was okay. All was well. All made complete sense.

Unfortunately, I can’t type those words out. All that remains is the feeling and memory of that heightened awareness.
But that’s all it needs to be, you can’t stay on the top of the mountain forever. You need to come down.

So why climb in the first place, you say? It’s simple. What’s above knows what is below but what’s below doesn’t know whats above. There is an art in conducting oneself in lower levels with the memory of what there is above.
That’s AWARENESS and I’m HOOKED.

As I stood in silence in the centre, church bells started ringing. Yes, there was apparently a church next door and yes, it just so happened to be 10 o’clock  on Sunday morning. I stood there with my eyes closed and as I let my head fall back and opened my eyes, gazed up between the leaves of the tree above ~ deep deep down I felt it filtering through my pores. It was peace. Everything in me rested in satisfaction for the blessing of the journeys I take myself on.
Loving the light but in some (semi-masochistic) way loving, equally, the dark.

When what I needed to face set in, and ruined what I expected to be a ‘mindful timeout’ I didn’t know why I had voluntarily signed up for such a damaging programme. But by day four, as I raised my arms and walked my way back out of the labyrinth, taking each step in a (completely natural yet) trippy bliss – stroking trees, appreciating the leaves, running my fingers along the bark, feeling SO a part of it all and questioning WHY we as humans look but don’t touch, how we lack connection and sensitivity of sensation, I knew it was a place I’d take myself again and again.

In silence the connection is deeper, after you’ve passed through the zone of isolation, the clarity is awakening. It is where we need to keep returning. Through the breath and within our being.Where the answers sit, waiting to be unlocked.

“Did the BEN triggers just stop there?” I hear you say.
Well… Not just yet,… A few days later I was walking back to my classroom when I glanced into the empty class next to mine. Only one desk-chair had a paper name sign stuck to the front of it and of course, we all know the three letter name that was written on it.
My heart didn’t stop. My heart didn’t drop. I burst out laughing, in fact and looked up at the… ceiling… and shook my head. “You can stop it now, Universe. This doesn’t shake me anymore. What’s your next trick?”
I had to take a photo and send it with a giggle to my closest friends who were absolutely astonished “See! I’m not imagining it, am I?” 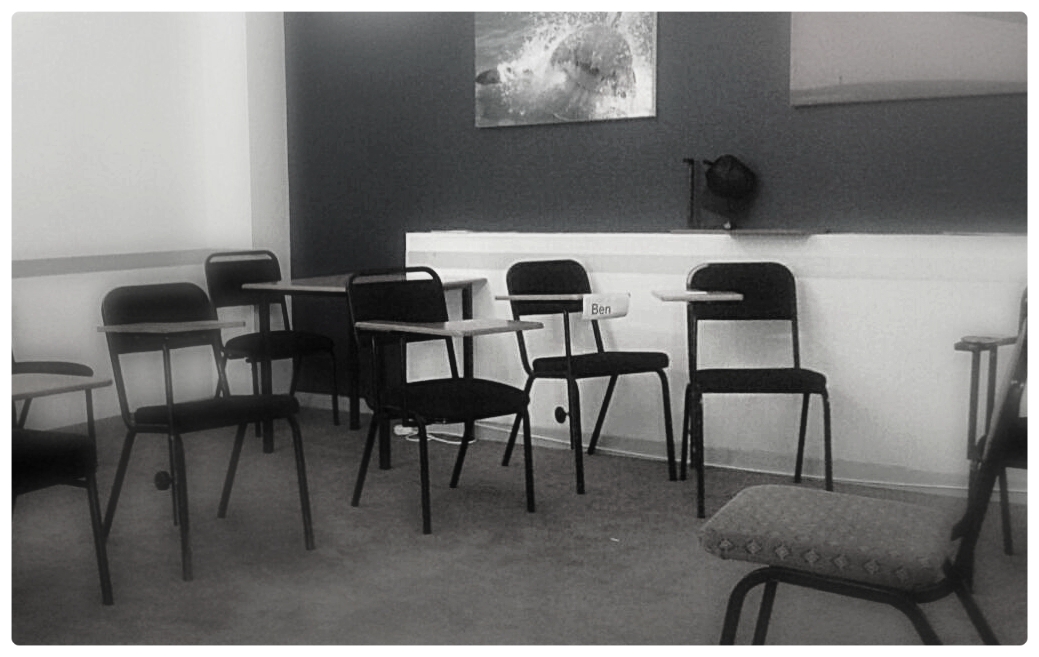 And after that little follow up check from the Powers-that-Be, the name finally stopped haunting me.