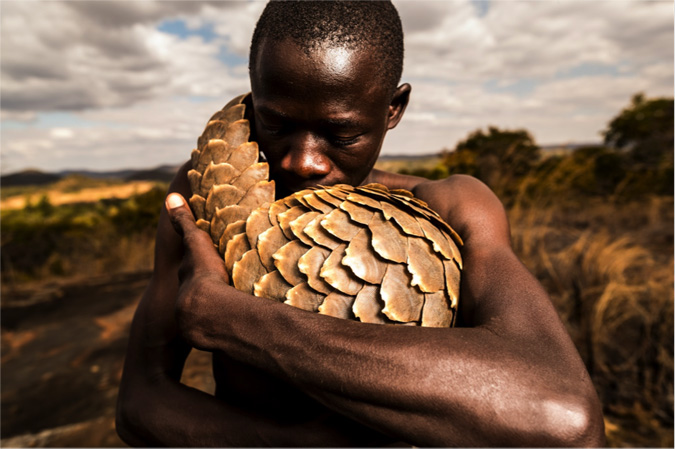 Can I call myself a conservationist?

A wildlife junkie, sure! Passionate beyond words about wildlife conservation and spreading awareness about unethical animal interactions, tick! Educating the ill-informed on the truth behind cub-petting and canned lion hunting, all the time! Feel a personal responsibility towards our endangered species and have volunteered on the ground in various game reserves on wild-dog, cheetah, lion & elephant monitoring projects, that’s me! Heart broken by poaching and therefore have mixed feelings about full moons, sadly yes. Publicly supporting wildlife organisations who do great work and slam those who exploit,… ah-ha… shamelessly so!

Then can I call myself a conservationist?  I believe I can.

Yes! I am a conservationist. Albeit not well known … yet. YET being the operative word.

Which brings me to the reason for putting pen to paper today: Do you know what a pangolin is? Don’t worry – Apparently 65-70% of the population don’t.

A fascinating and unique creature, the pangolin’s an African/Asian mammal strangely resembling a combination of the ant-eater, armadillo and (in my opinion) honey badger. Highly trafficked for it’s protective scales (isn’t that ironic?), it’s believed that they account for around 20% of all the illegal wildlife trade worldwide.

I first came to know of the pangolin and it’s plight a couple of years ago via Instagram (where I get my daily wildlife fix) through Adrian Steirn’s photo series: “Pangolin Men” – a group of men who protect these animals in Zimbabwe.

These loving images really sparked my curiosity. The trust of the pangolins. The devotion of these men ‘walking their pangolins’ for HOURS daily – allowing them to forage for ants naturally under the watchfulness of deeply-caring bodyguards. I was moved and started to really love these men and of course felt huge affection towards the cute and scaly, unusual-looking Pangolins.

So when I was invited to the premiere of Eye of the Pangolin at the Labia theatre, Cape Town on the 18th of May, I leapt at the opportunity without a moments hesitation. What a privilege to attend the one-time-only big screen screening and the responsibility as an audience of wildlife-orientated-and-interested people is to get on board in the awareness-spreading campaign. That is what I have the power to do, in whatever my capacity may be – until I grow from an unknown to a well-known. And my heart agrees.

This powerful Pangolin.Africa film and soul project by Bruce Young and Johan Vermeulen, who traveled through Africa in search of its four species of Pangolin, tells the story of how the Pangolin is being hunted and of those who are fighting to protect them. The Asian Pangolin population has been decimated and therefore now traders are focused on the African species. Doesn’t that make your blood boil?

Their meat is considered a delicacy in Vietnam and China. Their scales are used for so-called ‘medicinal purposes’ … Yeah, that phrase is getting old and tiresome, indeed.

On the other hand, the film highlights the heroes whose life purposes are to study, care for and protect wildlife in strife which creates an incredibly touching, beautiful and impactful documentary made with such passion.

Hearing from the panel of experts during the Q&A was especially inspiring. Questions like: “If they are critically endangered, then why not breed them in captivity?” (which I’m sure many people ponder) was shot down with an uber-knowledgeable: “Why would you want to protect it by breeding it in captivity? It is not the answer. Shy, solitary animals forced together to reproduce are literally stressed to death. Captive breeding IS NEVER the answer.” (drop the mic)

I nearly jumped to my feet in an outburst of enthusiastic applause – but didn’t (still trying not to stick out like a sore-thumbed-rookie)! However, my enthusiasm for this film and the enthusiasm with which I want to share it is unapologetic. It’s with gratitude towards those amazing people who do the hard yards for years, that I share this film – to inform, gather support and make what’s unknown – known. I’m not talking about my-conservationist-self, I’m talking about the exceptional yet dangerously vulnerable Pangolin.

Here, I introduce: Eye of the Pangolin. Free on YouTube.