My dad has cancer.

Over the last few months of navigating this incalculable territory I have felt so helpless. But let me tell you a little story about trusting your intuition & no matter how hocus-pocus-ridiculous this might get, bare with me. You’ll see why…

When powerlessness reached its peak a few months ago, I saw how chemo and radiation were causing so much pain. How morphine, while easing the physical pain, was unlocking traumatic hallucinations – causing confusion between what’s real and what’s not – and revealing so much inner torment in my father.

I tried to answer this question in a variety of different ways on different days – until something came through and stuck:

“Dad, don’t worry if it’s real or not. If it’s coming into your mind through your subconscious, it means it is a worry deep down. Whatever is coming up for you, don’t ask whether it’s real – rather give it love and forgiveness. What you are feeling is real for you. This time is all about forgiving each other. We also need to forgive ourselves. When I have been thinking of you – so many good memories have been coming to mind.” I gave a few examples of things we had laughed about the week before like the toffee apple he’d buy me EVERY SINGLE YEAR at the funfair. The toffee apple that EVERY SINGLE YEAR I’d realise (after a few licks) was far too sweet and once I’d broken through the shiny red, sickening outer layer – the apple inside was floury, spongey and yuck. It would sit in dad’s fridge for weeks. The following year – “Are you sure you want one? Last year you didn’t like it!” (same again). He never ever said no. Recalling this made him smile.

While giving my dad massages over the last few months, I have felt that just the loving touch has brought so much comfort to him (and I). He mentioned being amazed how I always seem to find the exact spot where his muscle needs work. My gran used to tell me I had healing hands. And for me, those twenty-minutes of hands-on care made me realise just how precious this time is and facilitating moments of peace, calm and love are what I can offer.

I can’t take away his cancer. What I can do is support healing on an emotional and energetic level. The call to explore this was so very strong.

Fast forward two months as he lay there today after his first reiki healing session, calm and rested, he said:
“Energy is everything!”

So, as you can tell, I took it upon myself to sign up for a reiki course – hands-on energy healing. Over two intensive days, I completed the practical aspect of the course. Practicing the healing art of channelling Universal Life ENERGY through my hands. Way out!

And from the beginning of this week, knowing I’d be visiting dad on Friday, knowing I’d need to follow through with this wacky idea of working on releasing blockages and balancing his energy centres, knowing I now was technically ready and obligated (within myself) to do what I had been preparing to do, I felt no pressure. None at all. Yeah right!!

I doubted everything this week. Who do I think I am to be able to give Dad reiki? Do I really believe I can make him feel better through ‘channeling energy’? These thoughts among many were being tossed around my head day after day as Friday approached. But deep down, I just wanted my dad to feel relaxed, taken care of and peaceful. But what if I fail…?

However, there was something in the air today. As I walked into dad’s room, one of his kitties followed me and settled on his lap as he sat up in bed. This, for him, was remarkable. Ambie the Burmese had not sat on Dad for months. He stroked her lovingly (That’s already healing, is it not.) Did she know something special was about to happen? Was my intention to do something beautiful expanding through the house?

I gave him a bit of a massage on a part of his back that keeps getting knots. The pain is extending into his shoulder. The tumour around his oesophagus also permanently aches. He is drained from being in some form of pain at varying degrees, constantly. Can you even imagine?

I had told Dad earlier in the week that I had a treat for him. And sitting there working on his shoulder I saw a way in. “Dad, I have done a course in something called reiki. Would you like to try it? I think it will be really relaxing for you.” He was game. “How should I sit?” he asked.

Before he lay down we had to burp him, get out any trapped air (a side-effect from the stent that’s been put into his oesophagus). We giggled at his ‘party trick’ wind-release postures. I lay him down diagonally across his bed and set up my reiki timer on the app on my phone with gentle background chimes and music. His kitty settled down on his lap.

As I stood back, getting ready to start, I repeated the words that my teacher had sent me via a voice-note earlier in the day when I was feeling completely stifled by performance anxiety. “It’s not your choice whether it works or not. It’s not on you if it works or not. All you are there for is to give ultimate surrender and trust in the flow that’s coming out (reiki-speak) – that it will do what it needs to do in any way it needs to do it. No fear because that lowers your vibration. Only love, only trust. Only positive vibes.”

So I opened myself up to receiving light… and allowing 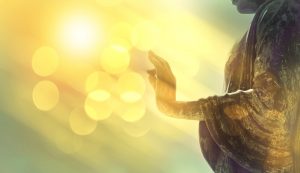 About 30 minutes later, I sat back as dad lay in complete serenity and calm. He slowly opened his eyes and put his hands behind his head as if he was lying on the beach. He had a lot of questions. He was receptive and curious. We spoke about energy. Never in my life did I ever imagine I’d have a conversation about energy with my dad. He said he felt really relaxed and asked why my hands were so hot. We spoke about the process for ages. We spoke quietly, honesty, openly.

When he sat up, his shoulder still felt quite sore so I focussed on the front and back of it and held it with some menthol gel in my hands. After only a few minutes he moved his shoulder around – “It’s gone. The pain is gone. It just disappeared. I can’t believe it.” He couldn’t understand it. I was also kind of trying to comprehend what was going on. We decided not to question it. Just to accept the healing energy.

Then, out of nowhere, he asked me what had given me the idea to do this, to train in reiki. He didn’t expect my answer,..

“You, Dad.” He didn’t speak – it took awhile to register.  “When you got sick, I wanted to help in some way.” I can tell he was taken aback … At this point he looked at me and I hope he didn’t see the tears that had against all my might escaped my eyes!

I went to make some tea and by the time I got back he had fallen asleep and didn’t move for an hour. I sat on the bed next to him sipping hot tea and sending out celebratory messages to my teacher and my closest friends who knew the endeavour I’d set out on.

But the story doesn’t end there. All that was divine! Amazing! Everything I’d hoped for. But what followed was truly incredible…

When my brother arrived and woke him up, dad told him “I wasn’t asleep. I was asleep but not-asleep” – It sounded as though he was trying to describe the deep, meditative relaxation that one can drop into after yoga. What he experienced was, in my opinion, deep mental rest – a reprieve from pain.

But wait for it! Next thing, my father who hasn’t been getting out of bed often followed my brother and I keenly into the lounge. “Dad!” my brother was astounded, “What are you doing walking around without any assistance!?” And to me “Dani! Keep doing that stuff!”

I suggested we sit outside all together and Dad was keen but didn’t want to sit. He was energised. I suggested a walk around the garden and then a seat. He steamed around the garden with me at such a rate! We were laughing and giggling at his outburst of energy and how unexpectedly this day had unfolded. He POWER-walked his circuit twice.

I saw such a turn-around emotionally in my dad today. It’s mind-blowing. It’s not going to take his cancer away but on a spirit level, it’s the most beautiful thing!

We sat outside without discomfort. My step mom took a photo of us being silly. All felt well. When he went inside, he sat down and switched on the TV. (Like any normal day, but something he doesn’t do when in pain, which is always. Which means he’s stopped enjoying TV).

“People pay good money for things likes that, Dad.” I said jokingly, “And you can have it whenever you like!’

To wrap this up – I’ve gotta say I’m incredibly’ proud of myself for being brave (what some may call ‘touched by the fairies’) enough and committed enough to accept the call to try something that I had felt so inspired to do even after getting such cold feet about it. That I not only thought may be frowned upon but down-right rejected.

My dad completely surrendered to the experience. He accepted the healing on whatever level it took place. And to be able to help to ease his suffering and bring healing to his whole being in my own way is so powerful.

I honour my spirit and what I’m able to offer this planet in this life. 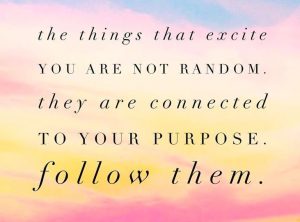 9 thoughts on ““Energy is everything.””