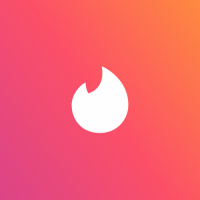 My first Tinder date was anything but enjoyable. A man who was clearly socially-challenged sat awkwardly opposite me, I seem to remember him even mentioning how awkward he finds these dates (and that he has been on tons!)
I had already decided prior that regardless of how well it went, it was a meet-n-greet and I was leaving in a hour.
An hour later, after a lot of laughing out loud (at him not with him) he suggested we split the bill. Our $6 bill consisting of 3 rock-shandies (he didn’t neglect to tell me about his alcohol problem). I told him not to worry and paid the full bill myself. I knew as well as he did, this wasn’t the first and wasn’t close to the last of his awkward Tinder-FIRST-dates that would never become SECONDS.

From that moment on I decided not to take this whole Tinder-dating-thing at all seriously,I realised it must be a numbers game and was interested in investigating what kind of people where hiding behind their smart-phone screens, swiping away superficially, pretending to be normal on a Friday night when the regular dude was out and about making actual-human-contact.

LET’S PLAY TINDER.
Emotionally detaching was key. Planning a number of set questions to ask everyone led to interesting comparisons. I even managed a breakfast, lunch and dinner date one Sunday (which was exhausting no matter how indifferent you’re trying to act).

Why are you on Tinder?
He is an English Literature Professor. He is struggling to meet a real woman. He is looking for a certain “calibre” of woman – someone with substance and standards, and in the next breath is just looking for something easy and short term before his around the world trip in 3 months.
I see your dilemma, Mr. English-Professor, you’re trying to find substance and skank in the same place… whereas you shouldn’t even be using those words in the same sentence.
Date came to a grinding halt.
“I’ll get this one”

Why are YOU on Tinder?
“I’m just so busy being awesome that I don’t get to date much”
Mr.Awesome was so  awesome he didn’t even need to brush his hair… or teeth. THAT’S how AWESOMELY he rolls.
“I’ll get this one”
He needed it more than I did.
“Don’t call me, I’ll call you”
Then there is second date Mr.I-LOVE-MY-DOG who jumped me like a sociopath who’s just been let out of solitary confinement.
“because I like you so much and I just want to SHOW YOU”
Pushing (shoving) him off playfully (was my initial approach) and when desperate latched on and started humping my leg it was a pretty-dramatic “create a diversion and dash for the door” tactic that saved me from what could have become, in all seriousness, a dangerous situation.
Lesson learnt.

Mr. Smart, Tall & Fit seemed to have the charm at first, the manners and the cheeky twinkle in his eyes. Chemistry and conversation were electric and stimulating. Followed by a ‘If I designed Tinder we wouldn’t have ever met’ (Smart-ass was referring to me being a smoker and not being a PhD student) He saw the shock-horror cross my face, this was the third date and he obviously wanted to save himself, “But that doesn’t leave room for serendipity… does it?”
Nice try.

Forward and Foreign stole my heart I’m afraid. Social experiment aborted only minutes after meeting…Why are YOU on Tinder?
He said he was new to town and just wanting to meet people… “Really? as in only woman-people?” I thought, but neglected to say.
My bad for being blinded by his “Thor-like” good looks.
Nevertheless, I was pursued like I’ve never been pursued in my life. Swept off my feet. Long beach walks, days in bed, watching and enjoying NatGeoWILD together (yes! that’s the epitome of sexy to me).
We affectionately deleted Tinder together lying-in each-others arms a few weeks later. A modern-day-romantic gesture that strangely led to a rush of passion that’s hard to replicate.
Some months later, 9 to be exact, “I told you I wasn’t looking for a relationship”

Fellow, I’m struggling to understand you, I’m not fluent in “BULLSHIT”

Let’s get real here – if not for us strange Tinder girls, then think of  your mom or dad who tirelessly tried to teach you manners, or or or… your little sister who will be ME one day pretty damn soon! Would you ever want her to date somebody like you?

There is a noncommittal culture we’re a part of in todays society, and Tinder makes it more prevalent. Now, there is such an easily-accessible variety and choice that we are continuously looking for the next best thing, an upgrade, a faster, slimmer version. We’re seeing people as an item on a menu and ploughing through them like an all-you-can-eat buffet.
…and we don’t even know what we’re searching for.

Be clear with what you’re looking for and don’t feel like you’re doing anyone a favour by telling me what you think I want to hear; and if you don’t know, be clear about that too because what I do know is that there are ALL types out there and you will find quick and easy or the slow and steady, a cup of sugary tea or a tequila without the lime if that’s what your looking for. You’ll also find the odd nut-cracker or a curious believer-in-magic like me who is constantly tripping over herself in the search for something real.

For now, this ‘game’ has exhausted me,

8 thoughts on “The Tinder Experiment.”