When my heart is broken I retreat, I close up and I cocoon myself. Surround myself with a protective isolating shell, and I feel it. I go there.
Healing, truly healing from any ordeal is about being present, not being scared to sit with your emotions and over time real, raw processing happens.

Is it pretty? No way!
Does it feel never ending? At times, yes.
Does it fade? Absolutely.

Many people had told me to distract myself, to do ‘other’ things, those mysterious activities that some people do that make them disconnect from. . . THEIR HEARTS. They recommended SUPPRESSION. And it amazed me and, well, it was never going to happen.

Healing takes time. And time always stands still when you lose someone – which ultimately is a part of yourself. 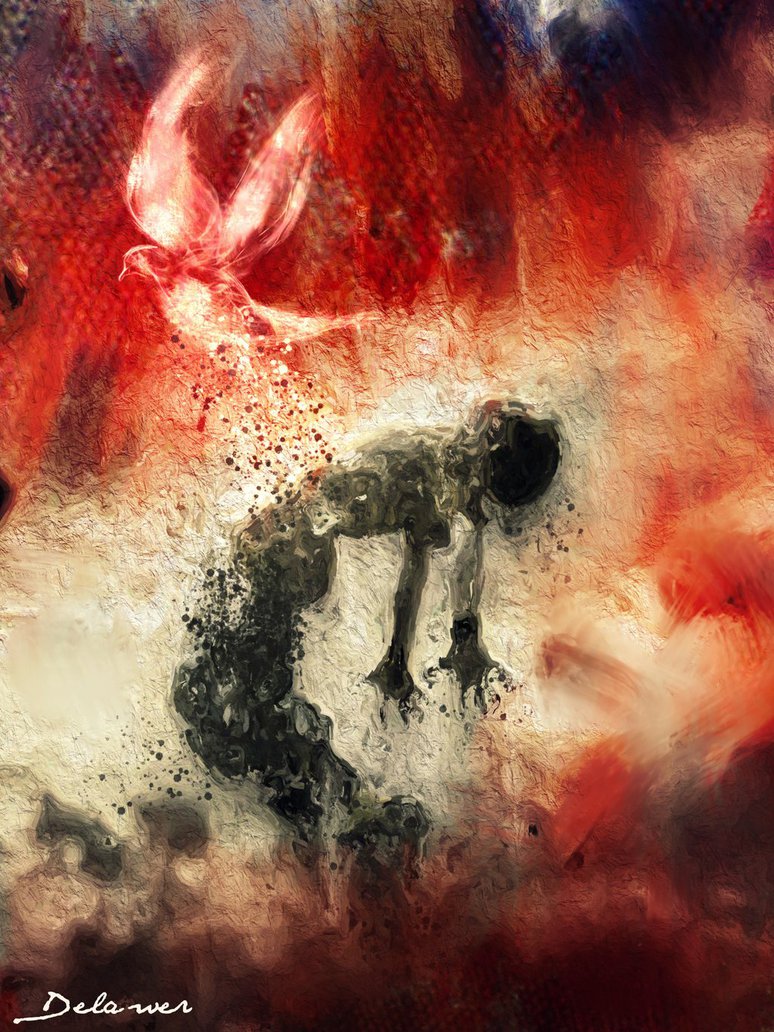 I’m coming out of my daze of heart-wrenching confusion. I had more than enough to process. I had to properly mourn the death of my step father. I had to mourn the death of a destructive and deceptive relationship which had been my distraction. I had to recognise that the line of who I was missing was completely blurred. I had to forgive myself for what I had let happen, for how I let myself be treated for the 6 months prior. I had to show myself compassion for being caught at a vulnerable time and not beat myself up for being taken advantage of.
I had to accept that when my step dad died – a part of me died, I had been a warrior for so long and I had no fight left – my fire went out.
And it’s okay.

I had to still love him, despite not knowing why he left
I had to miss him, the good parts I couldn’t forget
I had to hate him, when some pieces fell into place
I had to battle with inner-conflict, silence versus ‘let him have it’
I had to come to terms with a question-mark for resolution
I had to forgive him, for being on a different spiritual path to me
And every day still I have to keep letting go
But mostly, I had to make peace with regret

I’ve been round in circles thinking of how I would have done things differently, how I wish I could turn back time and have had the guts to say what I should have said.
A never ending daydream, I played out the scenes in every possible way –
I regretted everything!
I can’t swallow regret, I can’t live with the bitterness
But then the trusty voice of reason pipes up with, ‘I made the best choice I could make with the information I had at hand at the time, I learnt a lesson and it got me to where I am now, so I should never regret it.’

《However, the inability to experience regret is actually one of the diagnostic characteristics of sociopaths and the characteristics of certain brain damage. Feeling regret means you’re a healthy fully-functional human. So, that’s comforting, isn’t it?》 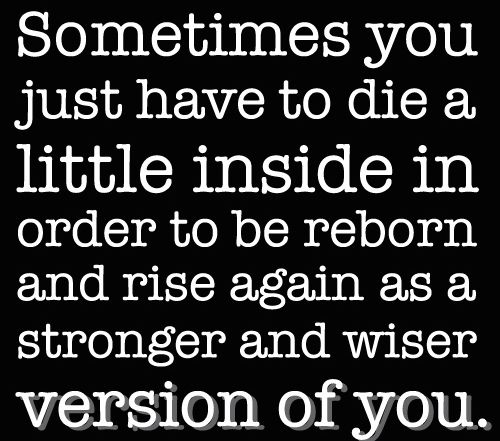 That makes sense. I am living in a way that comes naturally to me, but seems different from how I have been before. I’ve been wondering why I am feeling better, but yet, not exactly myself. I wondered if I would ever be the same again.

The simple answer, NO.

The rebirth is painful. But with it comes renewed insight that has penetrated deep into your soul. I’ve accepted that I won’t ever be that version of myself again, the part that was crushed won’t return, the change may be subtle but the knowledge was scary to me. After all, it’s an evolution that’s unavoidable. If you allow yourself to go there.

My goal in life is to be present. It’s about making choices, deciding what to do with your time and energy and then FULLY being there. A part of being present, besides being in the moment, is being true to the moment – going where the present takes you. Even if it’s difficult or not fun, being willing to go down that road and come out the other side… You have to take the good with the bad. THAT’S when you really grow.
Go through it. Go there.