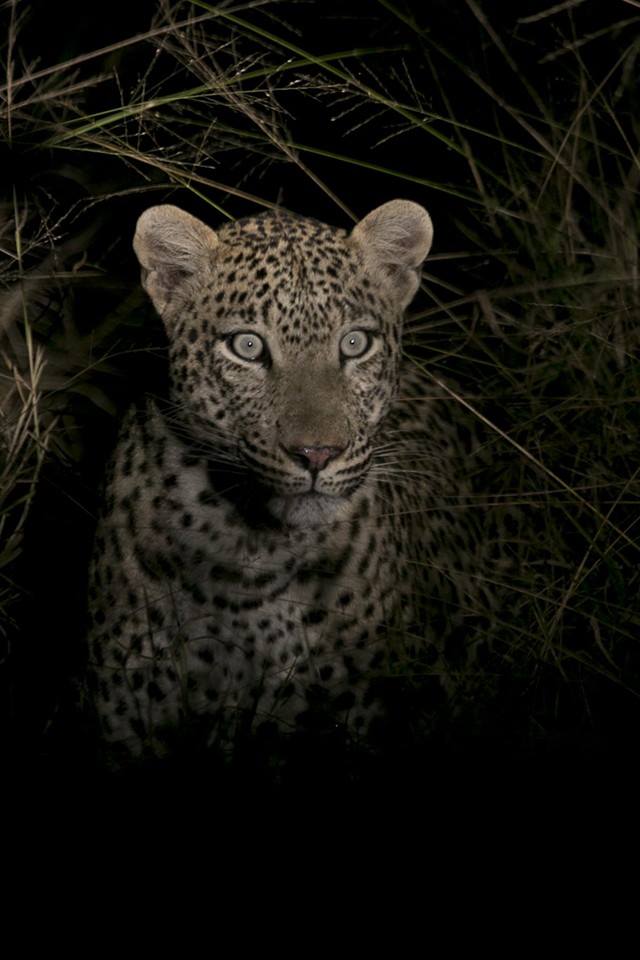 Quite a few people I know have had bush holidays and recalled sightings of leopards ‘hanging in trees’, ‘walking past their cars’ ever-so nonchalantly. ‘Making kills right in front of their eyes’. I don’t know leopards like this at all. To me they are elusive and shy and… would be damned before strolling by casually for me to feast my leopard-sighting-hungry eyes on.

Of all the hours I’ve spent on game drives, in a car, a game viewing vehicle or on the back of a monitoring/conservation truck I hadn’t ever seen a real life leopard. My mystical avoider.

I was spending my 29th birthday with a few close friends in a private reserve a part of the Greater Kruger. A beautiful camp overlooking the Klaserie river with rondavels and night time boma fires (also known as bush-tv). The on-sight game ranger, Ronald, can read the bush so well. It’s home to him and how he must have laughed at the eagerness of us guests.

Soon into our drive one morning, we (he) came across some spoor (tracks) and they were apparently evident to be a leopard’s, with drag marks indicating a kill in it’s clutches.

Ronald took us through some bushes to discover the dead buck (antelope) lying there. Untouched. He told us, ‘This must have been a recent kill. We’ll come back later and the leopard will be back.’

In short, we went back. Three or four times over a 10 hour period to find the kill moved in and out of surrounding trees, disembowelled and gradually eaten away at. But no leopard to be seen.

As we were returning from our evening drive, the sun had set and we were heading back to camp, we took a last attempt at catching this crafty cat and once again, the remains of the buck had moved a little further into some long grass near the river bed but no lazy satisfied leopard in sight.

Tracking this leopard was exciting, and yes, a little disappointing… (a lot)… as we accepted defeat, turned the vehicle between the trees to do a 3-point turn and gave up. Outsmarted, of course.

But as Ronald drove the 4×4 a little towards the riverine, and obviously encroached on the leopard’s prized kill – from right next to me, left of the vehicle – so close I remember feeling my breath leave my throat… Leopard stood up.

Startled by the bright lights in the darkness and starring right at the 4-wheeled intruder, rather than immediately turning and making a run for it, he took an astounding step forward – there were a few gasps from behind me as he lifted the carcass of the impala and only then turned around and vanished into the thicket.

The sighting couldn’t have lasted longer than fifteen seconds. But it is engrained in my minds eye in extreme slow-mo. I recall time standing still.

The absolute cherry on top was the fact that a photographer friend who was with us, had his super-fancy camera all set up and was simply resting the long-lens on the door frame of the vehicle. It just so happened to line up perfectly with where our leopard popped up above the grass (yes, now I’ve claimed him as ‘ours’) and without looking or checking Mark simply snapped 4 to 6 shots in motion. Freezing that seductive image in my mind ever since.

This was May 2014 and to this day I’ll give you one guess as to what the screen saver on my mobile phone is. I look into those magnificent eyes everyday, a few times everyday, as a constant reminder of the glory of persevering and the blessings of chance.

9 thoughts on “My mystical avoider.”